We had the chance to attend //Build/ 2015, the Microsoft annual developer conference. Once again, it took place at the Moscone Center, right in the heart of San Francisco. This year, there was a lot of announcements and product releases. We will go through what retained the most our attention.

Cloud is one of the strongest focus. Satya Nadella, the new Microsoft CEO, made it very clear at the last Microsoft earnings call. So, no surprise they announced a lot of Cloud related projects at //Build/.

What really retained my attention is Project Oxford. The goal of that project is to offer Machine Learning APIs that even a sales person can understand and use. And I must say I'm impressed by the ease of use of those. Currently they cover several use cases:

I do believe that one of the hardest part of Machine Learning today is that it requires a lot of knowledge, experimentation, tweaking and trial & error process to come up with a good model. This kind of solution can bring state of the art machine learning based APIs to everyone for a competitive pricing.

There's already a lot of information about Windows 10 you can find on the web since the Windows Insider has been around for quite some time now. So I won't focus too much on that part.

However, there is two major things I'm excited about: 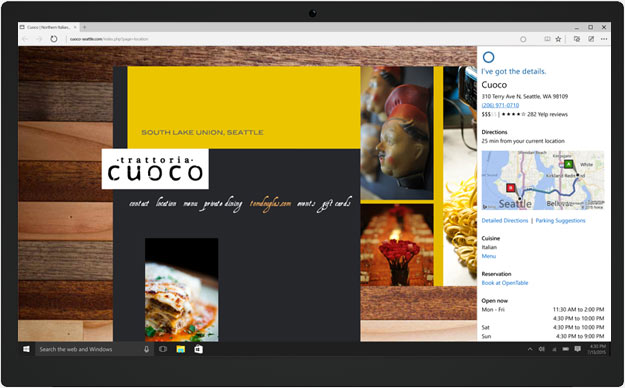 Microsoft is currently rebooting its browser product. Formerly known as Project Spartan, Microsoft Edge should relieve developers from that IE hell they've known for years. There is a strong focus on interoperability with other major browsers such as Chrome. They fixed more than 4200 bugs of that sort.

The Current Microsoft Edge build available as part of Windows Insider Program is actually beating Chrome and other browsers at some of there own tests.

Another focus of the MS Edge team is to start providing innovation in the browsing experience area again. Two first major features highlighting that focus are:

As part of that new start, extensions are coming to both desktop and mobile platforms in a future update. The good news is that it will be much more easier to build those extensions than it was with IE. The goal seems to allow developers to port any existing Chrome extension to Microsoft Edge.

Vorlon.js is an open source, extensible, platform-agnostic tool for remotely debugging and testing your JavaScript. Powered by node.js and socket.io.

This is somewhat similar to Weinre with extensibility. 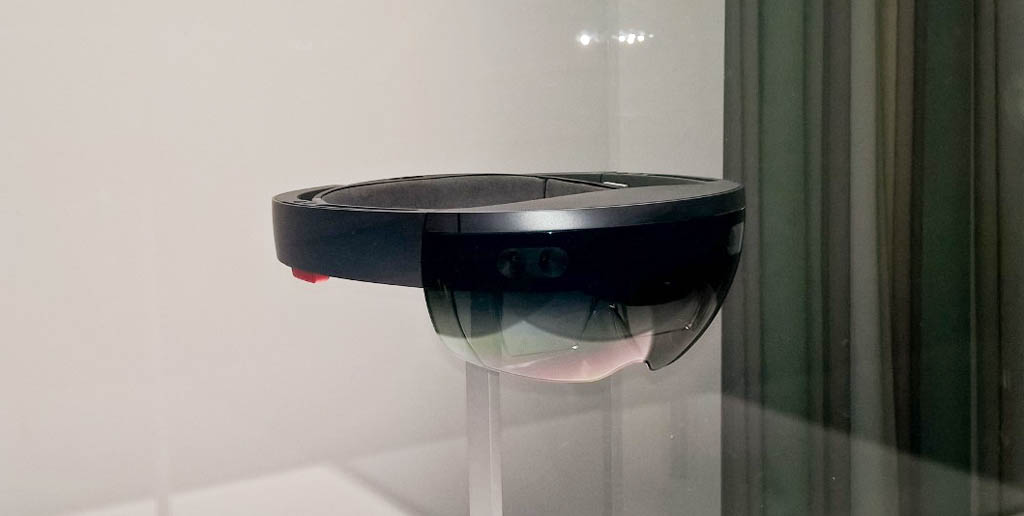 Hololens is probably the most exciting thing coming from Microsoft for a long time. The Hololens presentation was a huge disappointment for me and the vast majority of the attendees who did not had the chance to actually test the device.

However my good friend Philippe was able to test it and here is his feedback:

Don't worry, I managed to get a little more details about his experience:

The current SDK is built on top of Unity and does not require the usual strong mathematical background required for AR/VR. There was no announcement about a web based SDK, but I'm pretty sure there will something with Babylon.js coming one day.

To the question "What should I learn if I want to be an Hololens ready developer today", the Hololens team answered "Unity". So if you are excited about Hololens you know what to do next!

Satya Nadella has been around for less than 18 months and we already can feel the effect of his leadership. His Android and Ios first strategy for mobile, the emerging clear vision for Windows with Continuum, the change of posture with Ms Edge, the innovation with Hololens and the ramping up of Azure embracing all open source technologies is amazing. Microsoft embracing open source techs and popular frameworks such as Unity shows that the awful "Not Invented Here" syndrome is fading out and that's a really good news.

Let's be honest, a lot of this was already started under Ballmer's era, but with the new affable CEO, things are going faster and the vision is clearer and better now.

This tutorial will show you how to remotely debug your cordova app on Android using the Chrome Webview debugging tool. Sometimes your cordova app will have some visual differences between your Chrome Desktop